TEST AND MEASUREMENT SOLUTIONS FOR: 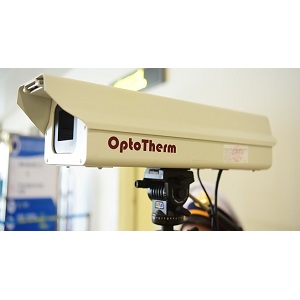 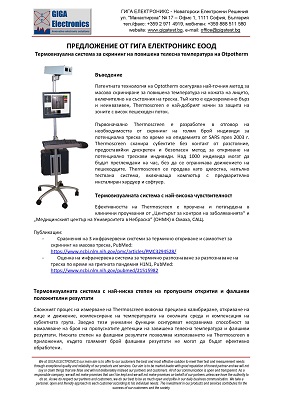 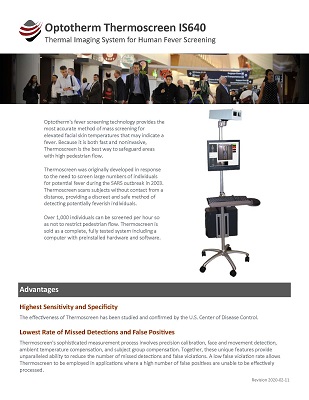 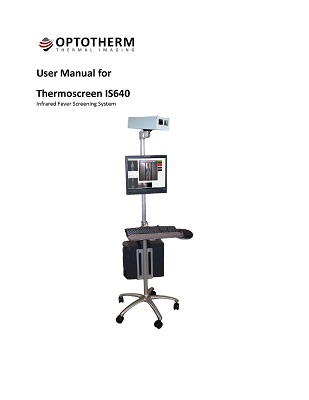 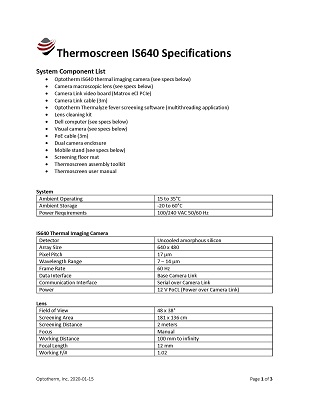 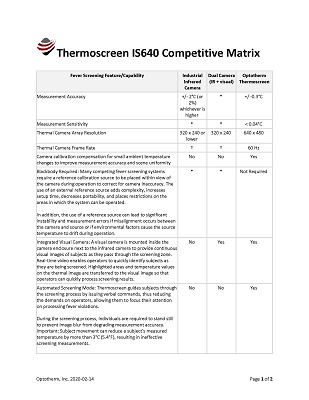 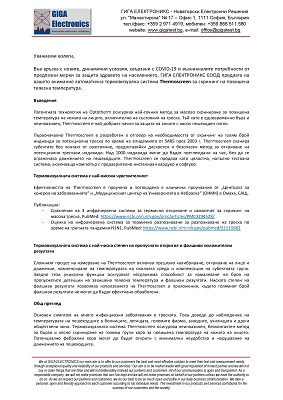 Optotherm's patent-pending technology provides the most accurate method of mass screening for elevated facial skin temperatures that may indicate a fever. Because it is both fast and noninvasive, Thermoscreen is the best way to safeguard areas with high pedestrian flow.

Thermoscreen was originally developed in response to the need to screen large numbers of individuals for potential fever during the SARS outbreak in 2003. Thermoscreen scans subjects without contact from a distance, providing a discreet and safe method of detecting potentially feverish individuals. Over 1,000 individuals can be screened per hour so as not to restrict pedestrian flow. Thermoscreen is sold as a complete, fully tested system including a computer with preinstalled hardware and software.

The effectivenss of Thermoscreen has been studied and confirmed in the following clinical studies by the U.S. Center of Disease Control and the University of Nebraska Medical Center (UNMC) in Omaha.

Thermoscreen's sophisticated measurement process involves precision calibration, face and movement detection, ambient temperature compensation, and subject group compensation. Together, these unique features provide unparalleled ability to reduce the number of missed detectons and false violations. A low false violation rate allows Thermoscreen to be employed in applications where a high number of false positives are unable to be effectively processed.

A primary symptom of many infectious diseases is fever. This has lead to monitoring the temperature of pedestrians in hospitals, airports, corporate building companies, schools, and other public areas. Thermoscreen provides a non-invasive, non-contact method of screening large groups of people for elevated facial skin temperature quickly and easily. Potentially febrile individuals can be detected with minimal inconvenience and disruption to pedestrian flow.

Thermoscreen is best utilized as the first of a two-point fever detection process. At the entrance to crowded areas, Thermoscreen is used to detect individuals whose facial skin temperature is higher than normal. Fever is then confirmed using a medical thermometer. This two-point system enables large groups of people to be screened quickly and accurately to effectively prevent febrile individuals from entering areas where contagious diseases can spread easily. 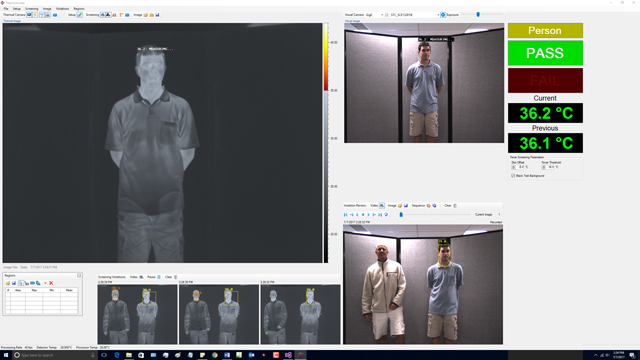